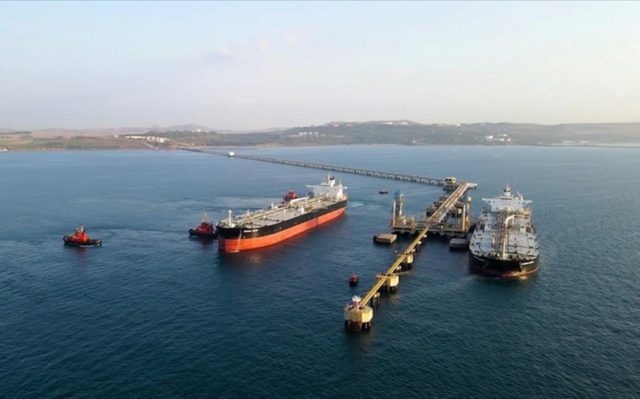 The 5,000th tanker with oil transported via the Baku-Tbilisi-Ceyhan (BTC) oil pipeline was shipped at the Turkish Ceyhan’s marine transport terminal in the Turkish province of Adana, Trend reports citing Anadolu news agency.

Crude oil entering the Heydar Aliyev terminal is shipped from there by tankers to the world market.

The Turkish section of the BTC has been operated by the state-owned company BOTAS International Ltd (BIL) since June 2006.

According to BIL and BTC, tankers have delivered up to 3 billion 813 million barrels of crude oil to the world market since June 2, 2006.

The company, as one of the prominent structures of the Turkish Ministry of Energy and Natural Resources, is proud to have shipped the 5,000th tanker, BIL CEO Nadim Ekiz said in an interview with Anadolu news agency.

According to him, thanks to the BTC pipeline, Turkey has become one of the important participants in the East-West energy corridor.

“Turkey, under the leadership of President Recep Tayyip Erdogan, has implemented important energy projects over the past decades. BIL is making every effort to achieve the goals set by the Turkish president for 2023. The giant steps taken by Turkey in the energy field further strengthen the resolve to achieve set goals,” Ekiz said.