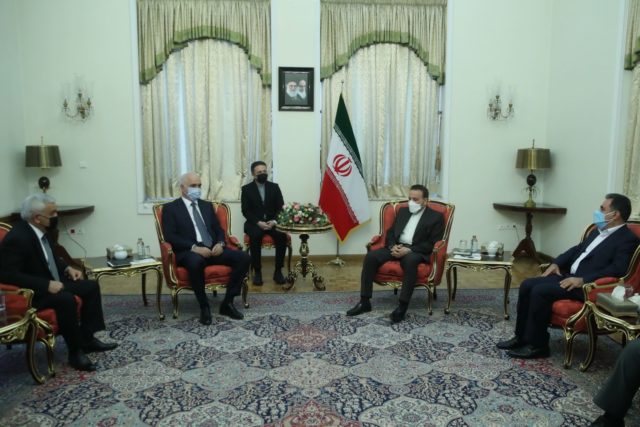 Iranian Energy Minister Bijan Namdar Zangane and Azerbaijani Deputy Prime Minister Shahin Mustafayev agreed on joint development of oil fields by Azerbaijan and Iran. “In recent years, relations between Iran and Azerbaijan in all areas, mainly in the oil and gas and energy sectors, as well as in the development of joint fields in the Caspian Sea, have improved. Although we have not yet been able to realize this cooperation – the development of joint fields – due to external pressure imposed by the sanctions, but, according to the leaders of the two countries, it will work soon, ”Iran.ru quoted Zangane as saying at the talks.

“We have a long history of cooperation in the field of gas, and since 2004, the gas needed by the Nakhichevan Autonomous Republic has been sold and supplied by Iran, and we appreciate that,” Mustafayev summed up.