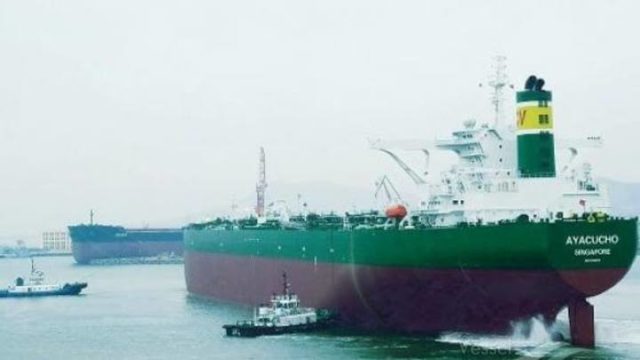 The largest supertanker, which was the property of Venezuela, officially came under the jurisdiction of Russia and acquired a national flag. The name of the vessel Ayacucho was also changed, now it is called “Maxim Gorky”.

The ship underwent re-registration in the register of the Russian Federation in early summer, while the classification certificate was issued at the end of August. This is the largest tanker ever flown under the Russian flag. The total deadweight exceeds 320 thousand tons, which exceeds the indicators of the Umba and Kola floating oil storage facilities. Experts say the probable reason that the ship went to Russia is the sanctions against Venezuela by the United States. The vessel turned out to be useless when it comes to using it to deliver oil.

That being said, the ownership of Ayacucho is now contested. OI European Group BV, based in the Netherlands, claims it. A lawsuit was filed with a Singapore court, which contained a call to allow the tanker to be arrested in a proceeding that the firm won back in 2015.