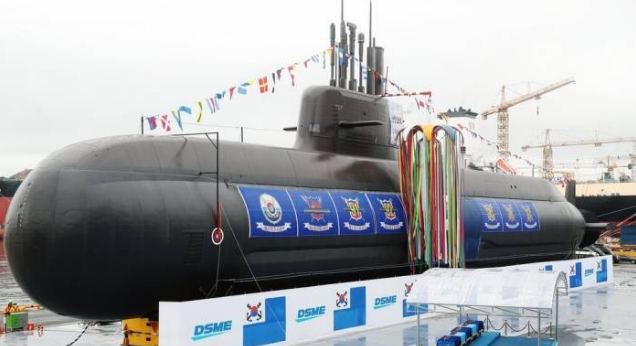 South Korea plans to build enhanced submarines in the next five years that will be capable of carrying more ballistic missiles, as part of a long-term initiative to beef up South Korea’s military capabilities, Korean Defence Ministry reports.

“We have in mind 3,600- and 4,000-ton submarines for development, much more advanced than the ones in operation now,” a senior ministry official said, referring to the 3,000-ton Dosan Ahn Changho, the first locally made attack submarines.

The official said the ministry was positive that the new submarines would be capable of carrying more ballistic missiles than the existing Dosan submarines, which have six launching tubes.

The advanced sub and interception system plans are part of the government’s defence blueprint for 2021-2025, unveiled Monday, which calls for spending 300.7 trillion won ($253 billion), a 6.1 percent on-year hike on average over the next five years.

As for the submarine development program, the ministry left open the possibility that the new subs could be powered by nuclear energy instead of diesel fuel.

“We will discuss that when the right time comes,” the senior official said when asked directly.

Nuclear-powered submarines are considered more powerful than diesel submarines because they can stay under water unnoticed much longer. They can also travel much faster. Only six countries including the US and Russia are known to possess them.

South Korea initially pushed to build its first nuclear submarine in 2003, amid rising military tensions prompted by North Korea’s withdrawal in the same year from the non-proliferation treaty that prevents the spread of nuclear weapons technology.

But Korea had to abort the mission in 2010 as the International Atomic Energy Agency, backed by the US and countries opposing Seoul’s plan, took issue with it, out of fear it could spark an arms race in the region.

To develop nuclear-powered military assets, Seoul would also have to revise a nuclear pact with Washington, under which Seoul is committed to using only a limited level of enriched uranium for nonmilitary purposes only.

The ministry also said it would develop a variety of missiles that could go with its first locally developed fighter jets, the KF-X, which will be commissioned next year.

The KF-X project is the largest undertaking ever by the South Korean military, with some $15 billion earmarked for it and with the end product set to be delivered to the Air Force in 2026.