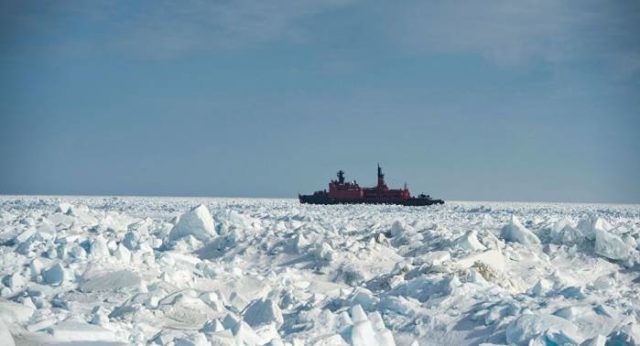 A team of the complex expedition, involving the Northern Fleet, the Defence Ministry’s 12th Chief Department and the Russian Geographic Society, started working on the Novaya Zemlya, the Northern Fleet’s press service told reporters on Wednesday.

“The Northern Fleet’s MB-12 sea tug has left the Belushya Bay of the Southern Island, the Novaya Zemlya archipelago, heading for the Matochkin Shar Strait,” the press service said. “On board the vessel there are participants in another complex expedition, which the Northern Fleet organizes jointly with the Defence Ministry’s 12th Chief Department and the Russian Geographic Society.”

According to the press service, the team will work near islands of the Novaya Zemlya archipelago in the Kara Sea. Experts will examine the coastline, register new geographic objects and conduct scientific, practical and historical studies.

In 2020, the complex expedition consists of two teams. The first team works onboard the Ilya Muromets icebreaker, which presently as a member of the Northern Fleet’s grouping heads for Dudinka. The expedition participants conduct studies and surveys in the Arctic seas along the Northern Sea Route.