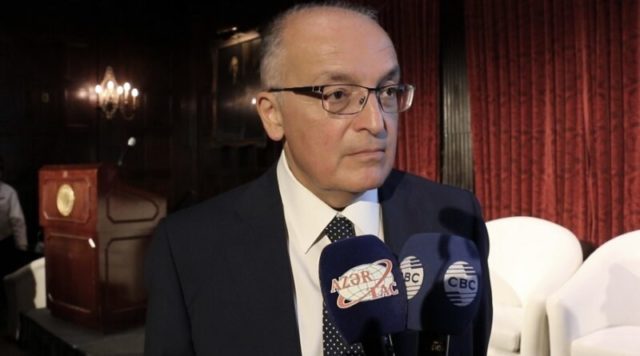 Vice President for Investment and Marketing of the State Oil Company of Azerbaijan (SOCAR) Elshad Nasirov, during the online discussions organized by the Caspian Political Center on the impact of COVID-19 on the energy sector, stated that it was no coincidence that Armenia had launched a military operation against Azerbaijan three months before the gas to Europe.

As reported by Sea-News.az with reference to 1news.az, E. Nasirov stressed that now operations are not taking place in Nagorno-Karabakh, which is recognized by all international organizations and countries as the territory of Azerbaijan, but on the Azerbaijani-Armenian border.“After the meeting, I invite everyone to look at the map of the region. You will see that the entire infrastructure for the export of Azerbaijan’s energy resources to Western countries and to the world market is located in this region. Baku-Tbilisi-Ceyhan, Southern Gas Corridor, Baku-Supsa pipeline, Baku-Tbilisi-Kars railway, Baku-Tbilisi highway are in close proximity to the place where Armenia started military operations. Taking this opportunity, I invite our colleagues from Washington and others to think about how vulnerable the Ganja corridor and the Trans-Caspian region are and how to ensure the military and physical security of the corridor that ensures the energy security of Europe, ”E. Nasirov said.Note that the virtual discussion was attended by Advisor to the US Undersecretary of State for Energy Diplomacy Kurt Donnelly, USAID Assistant Administrator for Asia Javier Piedra, Deputy Energy Minister of Azerbaijan Elnur Sultanov, Executive Director of the Georgia Energy Development Fund George Chikovani, Head of BP’s US Office for International connections Robert Sher and others.