Value increase of the fund, which is invested in equities, bonds and real estate worldwide, happened due to rise of value of the fund’s shares in over 9,000 companies worldwide.

As Norwegian krone remained unusually weak, the fund’s holdings in dollars and euros get more valuable.

On the other hand, this implies that any appreciation of the krone will immediately lower the fund’s value.

“It is not unthinkable that the fund’s value may fall by 40 percent from one year to another,” said Yngve Slyngstad, chief executive of the Norges Bank Investment Management that manages the oil fund.

According to the report, this year Norwegian government will use 238.1 billion Norwegian krone from the fund, which corresponds to 2.9 percent of the fund’s value at the beginning of the year. 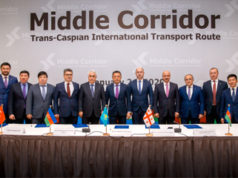 First in the new year sessions of the Working Group and General Meeting of...