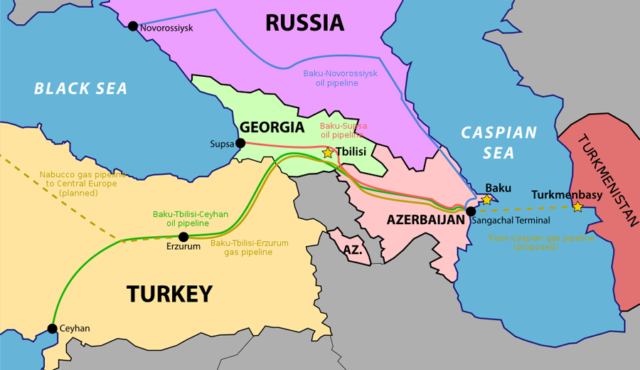 Turkmenistan and Azerbaijan are in favor of a diversified scheme of energy supplies to international markets, in particular in the European direction, said the chairman of the upper house of the Turkmen parliament, Gurbanguly Berdimuhamedov.

“The two states also have great potential for cooperation in the energy sector. Here, the approaches of the parties are identical: Turkmenistan and Azerbaijan are in favor of a diversified scheme of energy supplies to international markets, in particular, in the European direction,” Berdimuhamedov said during negotiations with his Azerbaijani counterpart Sahiba Gafarova.

“A significant, truly outstanding event was the signing in January 2021 of a memorandum of understanding between the government of Turkmenistan and the government of the Republic of Azerbaijan on the joint development of hydrocarbon resources of the “Dostlug” field in the Caspian Sea. This fact marks a fundamentally new stage in interstate energy cooperation,” noted speaker of the upper house of the Turkmen parliament.

Gafarova’s visit to Ashgabat takes place on the eve of the first trilateral Turkmenistan-Azerbaijan-Turkey summit, which will be held on December 14 in the “Avaza” tourist zone on the Turkmen coast of the Caspian Sea.

The day before, on December 13, three ministerial meetings are scheduled: the ministers of foreign affairs, transport and energy of the three countries.