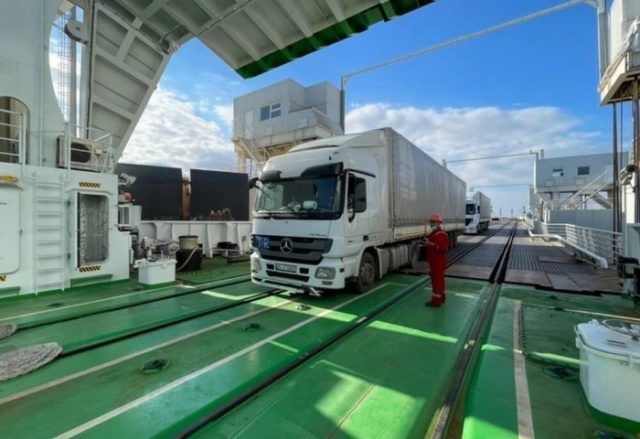 The Baku port in Azerbaijan handled transportation of 23,476 freight trucks in the Baku-Turkmenbashi-Baku route in 2021, the Baku International Sea Trade Port CJSC announced on its Tuesday statement on the results of the last year.

During the period, the Baku port’s total cargo turnover saw a year-on-year increase of 14.6%, dry cargo transshipment – 66%, and container transportation – 11.6%.

The total volume of cargo transshipment in the port amounted to 5.6 million tons. The share of transit cargo was more than 5.1 million tons or 92.7% of the total cargo turnover.

The port added that even with a certain decline in the percentage in some areas, the positive trend continued in the total volume of cargo turnover.

From the beginning of 2022, two vessels have started operating between Turkmenbashi and Baku ports. The regular operation of the vessels was launched in order to increase transport connectivity on the segment of the second China-Europe route across the Caspian Sea.