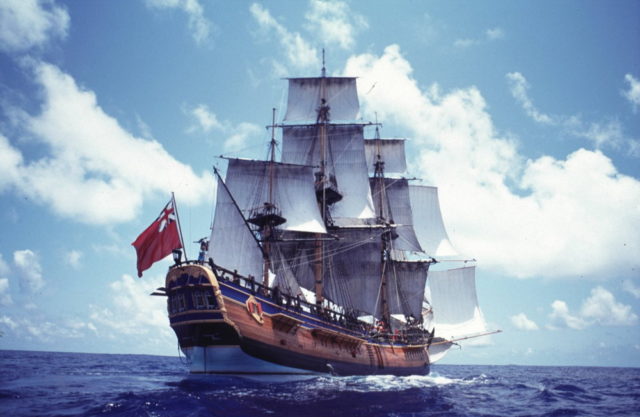 The wreck of British explorer James Cook’s ship Endeavour has been identified after languishing on the bottom of Newport Harbour in the US for more than two centuries, but one of the organizations involved in the search says it’s too soon to confirm, Report informs, citing Australian Geographic.

Cook famously sailed the ship around the South Pacific before landing on the east coast of Australia in 1770.

Australian National Maritime Museum CEO Kevin Sumption announced that after a 22-year program of archival and archaeological research, “we can conclusively confirm that this is indeed the wreck of Cook’s Endeavour.”

“This is an important moment,” he told reporters at National Maritime Museum in Sydney on Thursday.

“It is arguably one of the most important vessels in our maritime history.”

The ship played an important role in exploration, astronomy, and science and was an important artifact in the history of Australia, New Zealand, the United Kingdom, and now the US, he said.

Although only about 15% of the vessel remains, several details on the wreck convinced archaeologists they had found Endeavour after matching structural details with 18th-century plans of the ship.

Researchers are now focused on what can be done to protect and preserve the historical remains.