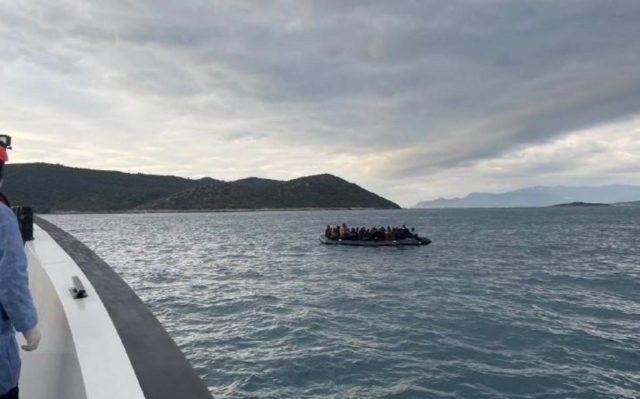 The Turkish coast guard on Monday rescued 32 irregular migrants in a boat as well as four others that were thrown into the sea by Greek military off western Aydin province’s Kushadasi district.

Report informs, citing Daily Sabah, that, according to a statement by the Coast Guard Command, a team was sent as soon as information was received of the migrants.

The teams rescued four irregular migrants who were thrown into the sea by the Greek elements and made it to the land on their own.

Upon the information that there was a group of irregular migrants in rubber boats off the coast of the Kushadasi district, the Coast Guard boats went to the area, rescued 32 irregular migrants pushed back into Turkish territorial waters and brought them ashore.

The migrants were referred to provincial migration offices and the suspected human traffickers were arrested.