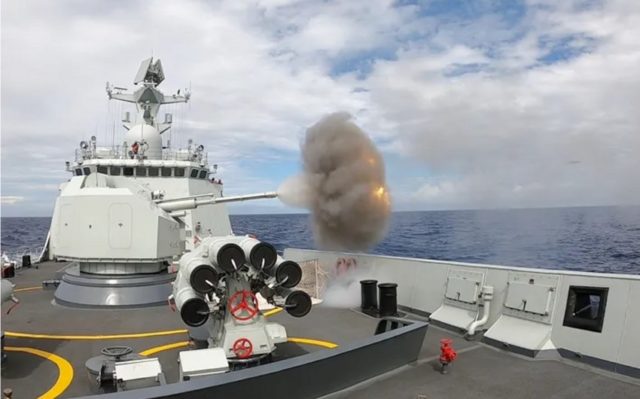 China has again sent its Liaoning aircraft carrier through the Miyako Strait — a key strategic gateway into the Pacific for Beijing that separates Japan’s Okinawa main island from its Miyako Islands, Report informs via The Japan Times.

The Japanese Defense Ministry said late Friday that the Maritime Self-Defense Forces had initially detected the carrier about 350 kilometers southwest of Nagasaki Prefecture’s Danjo Islands on Wednesday and tracked the vessel, as well as an accompanying flotilla of three other ships, sailing southward through the 150-nautical-mile-wide strait into the Western Pacific Ocean on Thursday.

The vessels and aircraft did not enter Japanese territorial waters or airspace.

The Chinese ships’ drills in the Pacific are likely intended to check military activities in the waters by the US, Japan and Taiwan.

The Liaoning, a refurbished Soviet vessel, is one of China’s two active carriers. The other is the Shandong, the country’s first domestically produced carrier.

Earlier this month, the Type 055 destroyer conducted “intensive anti-submarine drills” in an apparent warning to the US Navy, Chinese state-run media said.