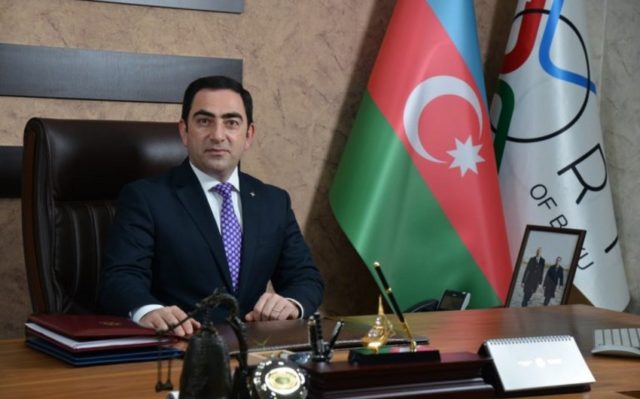 “Opening of the Zangazur corridor showed the great potential of the Port of Baku, and the cargo transportation is expected to increase in the future,” Director of the Baku International Sea Trade Port CJSC Taleh Ziyadov told journalists, Report informs.

According to him, the Zangazur corridor was one of the most important corridors in the Soviet era: “Economic relations between the countries of the Soviet Union were carried out through the Zangazur corridor. Up to 3 million tons of cargo were transported annually by rail from Julfa to Iran in our country. After the First Karabakh War, the cargo transportation via this corridor fell to zero. With the victory in the Second Karabakh War, new perspectives are opening for both Azerbaijan and the region. We see the great importance of the corridor as a port. Access to Turkey and the Mediterranean by rail from the port is shorter. Both Turkey and Europe have very serious trade with Central Asia. This trade turnover is constantly growing. We expect this turnover to increase through the Port of Baku, and we are preparing for it.”

According to him, the establishment of close ties with neighboring ports, especially the ports of Kazakhstan and Turkmenistan, the harmonization of works, close coordination of works are of great importance for trade in the region.