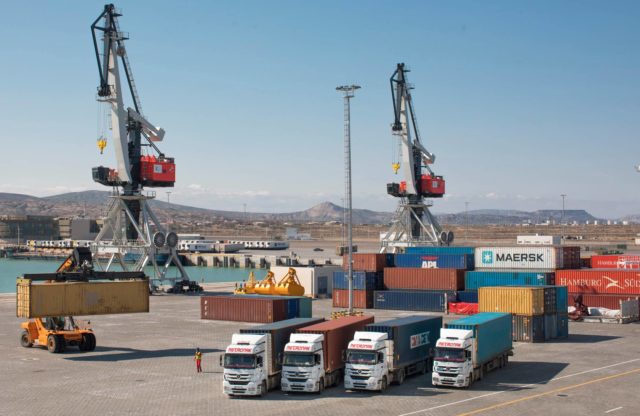 During the first nine months of this year, a significant increase in the total volume of cargo was observed at the “Baku International Sea Trade Port” CJSC (Port of Baku). Thus, in the same period last year, more than 3,564,000 tons of cargo was transported in the port, while in the same period in 2021, this figure was more than 4,298,000 tons. This represents an increase in 21%. In the first three quarters of this year, the share of transit cargo was 93% of total cargo.

As for the services provided in the Port of Baku in various areas, the largest increase during this period was recorded in the dry cargo crossings. Thus, the volume of dry cargo transported in the port in January-September of this year exceeded 856,000 tons. This is an increase of 69% compared to the same period last year. The main part of the cargo was fertilizer products of Turkmen origin. In addition, there was an increase in the number of containers transported in the Port of Baku during the relevant period.