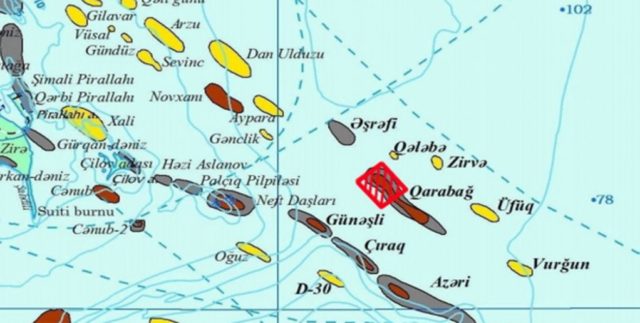 Production of the first oil from the Karabakh offshore field is planned to be obtained in 2025. This is stated in the annual report of the State Oil Company of Azerbaijan (SOCAR).

“The first oil production from the field is planned for 2025 according to the updated schedule,” the report says.

The drilling of appraisal well No. KPS-4 was completed in the Karabakh field in March 2020, and the results are currently being analyzed.

It is noted that it is planned to drill 12 wells with a depth of 180 meters at the “Karabakh” field and build 20 deep-water mine bases. Currently, engineering work on the project continues, SOCAR reports.

It should be noted that on August 10, 2020, President of Azerbaijan Ilham Aliyev, after the ceremony of sending the support block of the production platform to the sea for installation in the Karabakh field, in an interview with the state television channel AZ TV, said that “if everything goes according to plan, in two years – at the end of 2022 – production of the first gas and oil at the Karabakh field.

Hence, we can conclude that not everything went according to the plan for the Karabakh project, and as a result, the production of the first oil had to be postponed for several years.