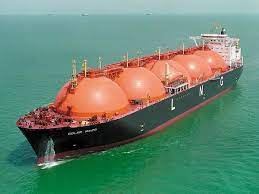 It’s the first time QP has ordered LNG carriers from China. The ships are the first batch of bookings for the company’s North Field expansion project, which will see it spend almost $30 billion to increase its production capacity by more than 50%.

Demand for LNG — of which Qatar is the world’s biggest exporter — is projected to rise strongly in the coming decades as countries cut their use of dirtier fossil fuels such as coal and oil.

The global LNG market’s tightened significantly in recent weeks due to shortages of gas and coal in parts of Europe and Asia. Qatar’s energy minister, Saad Al-Kaabi, said last month that demand was “huge” and “we can’t cater for everyone.”