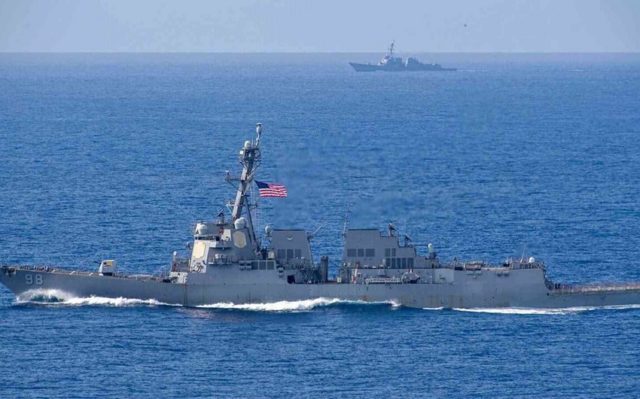 LSE 2021 (Large Scale Exercise 2021), the US naval and amphibious exercise billed as the largest of its kind in 40 years, begins Aug. 3, Report informs referring to Stars and Stripes.

Large Scale Exercise 2021 is a return to similar Cold War exercises in the 1980s, demonstrating resolve and new capabilities, US Naval Forces Europe-Africa/US 6th Fleet said in a recent statement.

The exercise also comes as the military updates its long-standing combat doctrine to defend against attacks on its communications systems and logistical networks.

Large Scale Exercise runs through Aug. 16 and will include units in 17 different time zones, the Navy said.

It also aims to demonstrate that US naval and Marine forces can deny adversaries control of the seas, especially in the Western Pacific.

About 36 ships and more than 50 virtual units, in addition to military, civilian, and contract personnel, will participate in the exercise. Six naval and Marine Corps component commands, five US fleets, and three Marine Expeditionary Forces will be involved.