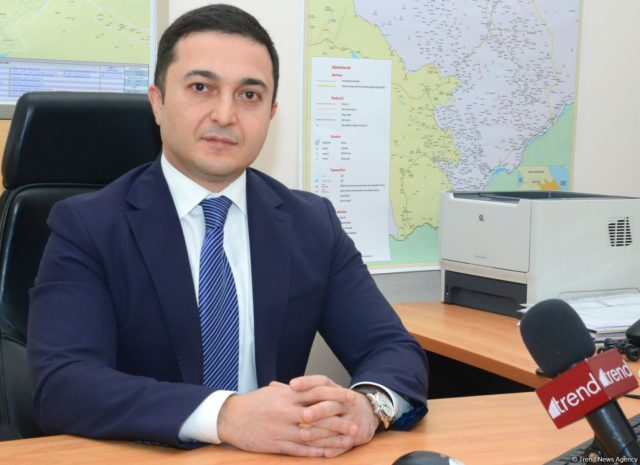 Digitalization and fine-tuning of the Transport Corridor Europe-Caucasus-Asia (TRACECA) regulatory framework will exponentially increase the attractiveness of routes in all sections of the corridor, Rufat Bayramov, Permanent Representative (National Secretary) of the Permanent Secretariat of the TRACECA Intergovernmental Commission (PS IGC), told Trend.

“Work is underway on digitalization in the field of road transport. Also, projects are being discussed to adjust the regulatory framework associated with the mismatch in different countries of the indicators of cars in terms of dimensions and weight,” Bayramov said.

“We are working on an up-to-date draft of a single transit permit in electronic format, which will make it possible to cross the borders of a number of countries using a single document. Currently, the implementation of this project requires the permission of several participating countries, which leads to an increase in time and costs for cargo transportation. In the field of railway transportation, we are discussing a project for the implementation of the AIRFT invoice (Agreement on International Rail Freight Traffic), as well as a Global Transit Document (GTrD),” Bayramov said.

He stressed that this is an international document that is being discussed with the International Road Transport Union, as well as with the Danish MAERSK company, specializing in sea freight, and some other organizations.

“On the basis of this document, it is planned to develop a single multimodal e-document that would be recognized by both railways and seaports. The absence of such a document during re-issuance leads to significant delays in ports. The Azerbaijani section of TRACECA is located at the intersection of a number of modal infrastructures, and the presence of such an added value in the form of the availability of digital services significantly increases the attractiveness of the route,” he said.

Bayramov also stressed that TRACECA plans to develop and launch a pilot project of an electronic queue system at border points (customs), noting that such a proposal has already been made to the countries participating in the transport corridor, and discussions are underway on the possibilities of its implementation.

“We are seeing large congestion of cars at the borders, especially in the context of the COVID-19 pandemic. In this regard, drivers have to face great difficulties, standing for several days in queues at customs. The presence of such an electronic system will allow freight carriers to receive information in advance and take a queue spot for their drivers. This project will also affect the efficiency of drivers, which is a very important direction in the development of cargo transportation,” the representative added.

Moreover, the national secretary noted that the Azerbaijani railways are expanding opportunities for the development of freight and passenger traffic in the country.

According to him, the direct railway connection between Baku and Gabala, which is the most popular tourist destination in Azerbaijan, opens up new opportunities for the development of external and internal tourism.

“The presence of such infrastructure facilitates travel and makes it possible for residents and guests of Azerbaijan to visit the Gabala district during winter. It also provides a connection of this region with the main economic zones of the country, which creates conditions for the development of external tourism,” Bayramov said.

“The same attention is paid to the development of the social sphere and the organization of civil cargo transportation. In addition, active work is underway to build a railway around Absheron, which will make life easier for residents of Baku villages,” Bayramov said.