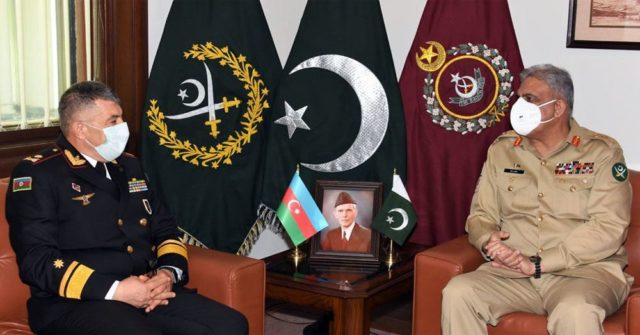 In the course of the meeting, Bajwa congratulated the Azerbaijani people on the victory in the 44-day Second Karabakh War and the restoration of the country’s territorial integrity, wished the souls of martyrs to rest and healing to the wounded.

The Pakistani Army general expressed his country’s readiness to take part in the process of de-mining the liberated (from Armenian occupation) territories of Azerbaijan and restoration work to be carried out in these territories.

The Azerbaijani Navy commander stressed that Azerbaijan attaches great importance to cooperation with Pakistan in the military sphere.

Then the parties exchanged views on cooperation in the military sphere.