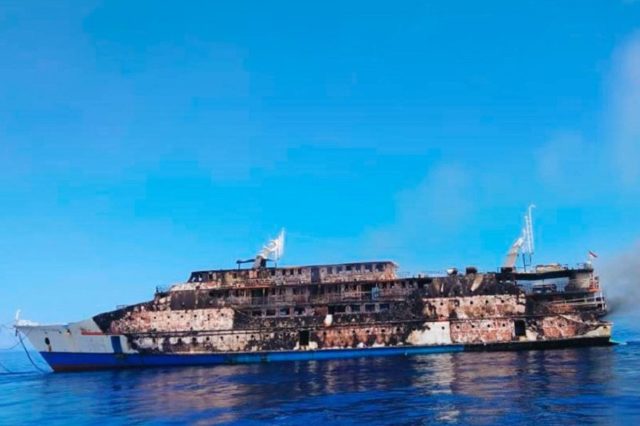 A passenger ship with about 200 people aboard caught fire in the waters off North Maluku province in eastern Indonesia on Saturday and all the people aboard were rescued safely, a senior disaster agency official said, Trend reports citing Xinhua.

The incident took place early in the morning when the KM Karya Indah ship was reaching its destination of Sanana seaport in the island of Limafatola in Kepulauan Sula district, said Ahmad Sangadji, head of the emergency unit of the disaster management agency in the district which was involved in handling the incident.

The fire triggered panic among the passengers, Sangadji said.

“All the people on board the ship were saved and they have been sent to the nearby island,” Sangadji told Xinhua via phone.

The ship departed from a sea port in Ternate city of the province, he said.

A team from the local search and rescue office and volunteers were involved in the rescue operation, spokesman of the National Search and Rescue Office Yusuf Latief told Xinhua.

Videos sent by the agency showed thick smoke coming out from the ferry, while some of the people with life jackets jumped into the sea, with rescuers struggling to save them.