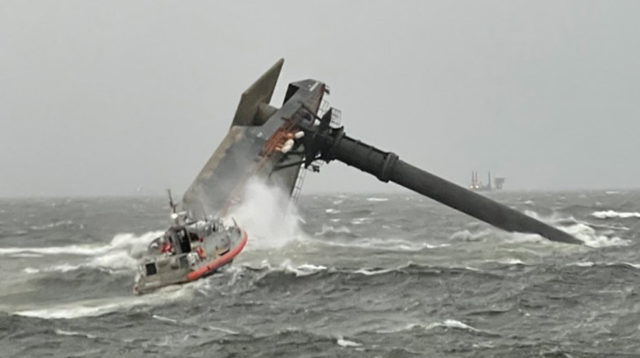 One crew member was pronounced dead and 12 are missing after a vessel capsized in the waters of the Gulf of Mexico, U.S. Coast Guard confirmed Wednesday, Trend reports citing Xinhua.

In a press conference, Coast Guard Capt. Will Watson provided updates on the search and rescue following the capsizing of the Seacor Power lift boat Tuesday afternoon. Watson said six of its crew members were rescued so far, leaving the 12 others still missing.

Watson said boats and helicopter are searching the area and poor weather conditions on Wednesday made the search difficult. He said that it was possible some of the crew members could still be trapped on the crippled vessel.

The Seacor Power departed from Port Fourchon, Louisiana heading east about 1:30 p.m. Tuesday afternoon. A line of thunderstorms, strong winds and potentially catastrophic waves were forecast for the area into which the vessel was headed.

The capsizing was reported at about 4:30 p.m., when another vessel passing nearby reported that the Seacor Power had taken on water and capsized with 19 on board.