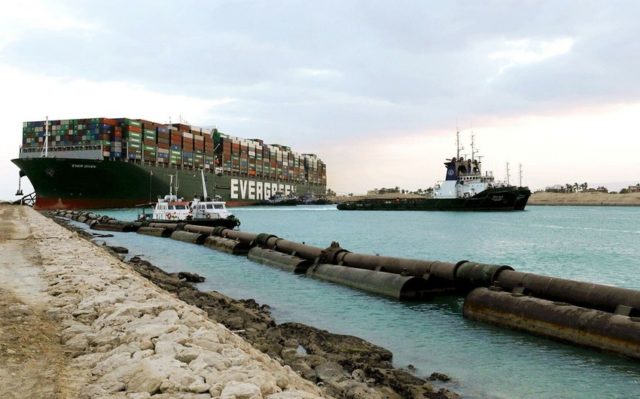 The Economic Court in the Egyptian city of Ismailia has ordered the confiscation of the container ship Ever Given, which ran aground and blocked the Suez Canal for six days last month, Report informs referring to Shorouk News.

The vessel will not be released until the owner pays $900 million in compensation.

“Following the court’s decision, the vessel will be confiscated and the operating company is prohibited from using it until $900 million compensation is paid to the Suez Canal Authority,” Al-Shorouk reported, citing sources familiar with the matter.

The compensation includes the costs for re-floating Ever Given, repairing the vessel, and loss of the canal due to its blockage. In the lawsuit, the Suez Canal Authority relies on the relevant article of the Egyptian Law on Maritime Trade, which allows the confiscation of the vessel by a special court.

The head of the Suez Canal Authority, Osama Rabia, in turn, told the Youm7 newspaper that the results of the investigation into the incident would be announced on Thursday.

The 400-meter-long Ever Given container ship was heading from China to Rotterdam on March 23 and ran aground at the 151st kilometer of the canal, blocking it for six days and halting international traffic.