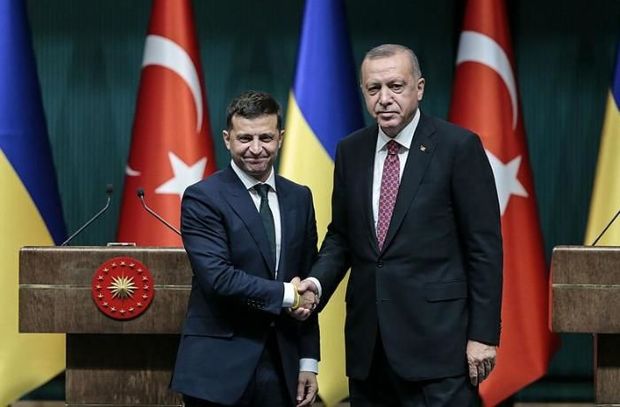 The Turkish president on Saturday called for a de-escalation of tension in Ukraine and said that his country desires a “peaceful” Black Sea.

“Our main goal is that the Black Sea continues to be a sea of peace, tranquility and cooperation,” Recep Tayyip Erdogan said at a news conference with his Ukrainian counterpart Vladimir Zelensky, APA reports citing Anadolu.

Erdogan called for a “peaceful and diplomatic” solution to the ongoing crisis.

Erdogan reaffirmed Turkey’s principled stance of not recognizing the annexation of Crimea.

He said that the defense industry was the driving force behind the Turkish-Ukrainian strategic partnership.

Earlier, a meeting between Erdogan and Zelensky at the Huber Mansion started at 3:45 p.m. local time (1245GMT) and lasted for three hours.

​​​​​​​The meeting came as the US said Russia is amassing its forces on Ukraine’s eastern border at a level unseen since 2014 when it seized Ukraine’s Crimean Peninsula and annexed it in violation of international law.​​​​​​​