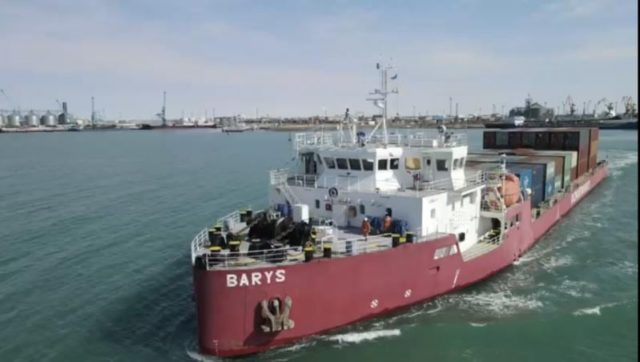 The Kazakh Barys deck cargo ship, which made its first voyage along the Aktau – Baku – Aktau route, returned to its homeport after unloading containers in the capital of Azerbaijan – Baku, Trend reports with reference to Kazmortransflot LLP.

The vessel was originally intended to transport modules for the future expansion project of Tengizchevroil LLP at the Tengiz field.

“After completing this task, Barys was reequipped for the transportation of containers,” the message on the Kazmortransflot website said.

The ship supplied 125 containers to Azerbaijan, which are planned to be transported further by railway to Turkey and Italy.