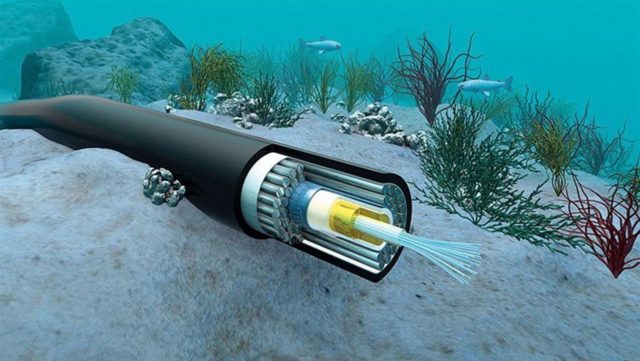 Huawei Marine, which was recently divested from Huawei Technologies Co Ltd and is now majority-owned by another Chinese firm, submitted bids along with French-headquartered Alcatel Submarine Networks (ASN), part of Finland’s Nokia, and Japan’s NEC, for the $72.6 million project backed by the World Bank and Asian Development Bank (ADB), the sources with direct knowledge of the project details said.

The project is designed to improve communications to the island nations of Nauru, Federated States of Micronesia (FSM) and Kiribati.

Washington sent a diplomatic note to FSM in July expressing strategic concerns about the project as Huawei Marine and other Chinese firms are required to co-operate with Beijing’s intelligence and security services, the sources said.

That note followed an earlier warning to Micronesia and development agencies from the Nauru government, a Pacific ally to Taiwan, which is viewed by China as a renegade province, about Huawei Marine’s participation in the project, the sources said.

The FSM government told Reuters in a statement it is talking to bilateral partners in the project, “some of whom have addressed a need to ensure that the cable does not compromise regional security by opening, or failing to close, cyber-security related gaps.”

Under the Compact of Free Association, a decades-old agreement between the United States and its former Pacific trust territories, Washington is responsible for FSM’s defence.

A spokeswoman for the Nauru government said bids were being examined and that stakeholders were addressing “technical and administrative issues” to ensure the project progresses, without elaborating.

The U.S. State Department’s Bureau of East Asian and Pacific Affairs did not respond to requests for comment.

The third island nation involved in the project, Kiribati, views Huawei Marine’s bid most favourably after last year severing diplomatic ties with Taiwan in favour of China, the sources said.

The Kiribati government did not respond to questions.

A World Bank spokesman said the tender was continuing and could not “provide specific comments on the process at this time.” The ADB referred questions to the World Bank.

Undersea cables, which have far greater data capacity than satellites, have emerged as a sensitive area of diplomacy in the Pacific, given their central role in international communications.

While the project, called the East Micronesia Cable project, could be split up, Huawei Marine’s bids in the procurement process are more than 20% below rivals, according to the two sources.

This has created an impasse, the sources said, given on a pure cost basis Huawei Marine is in a strong position to win the bid due to the terms overseen by the development agencies.

Typically, the countries involved in the project establish the bid assessment committees. The development agencies review the committee’s recommendations to ensure the selected bidder complies with the agencies’ policies and procedures.

The project is further complicated by its planned connection to the HANTRU-1 undersea cable, which is primarily used by the U.S. government and lands at Guam, a U.S. territory with substantial military assets.