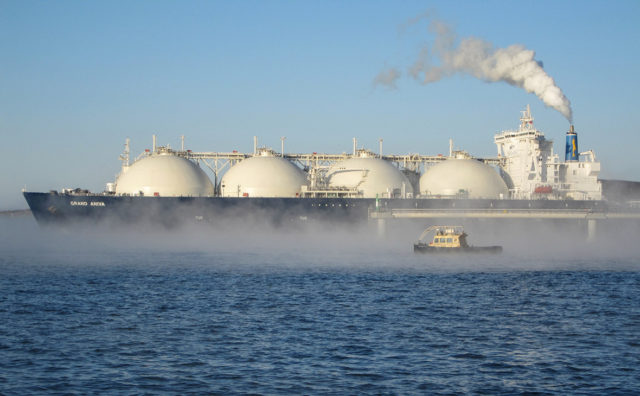 The total volume of liquefied natural gas exports from Australia in the first 9 months of 2020 amounted to 57.7 million tons versus 57.4 million tons in the same period in 2019.

According to Offshore Energy, citing a report from the consulting agency EnergyQuest, in 6 months since the outbreak of the coronavirus – since April of this year, LNG supplies from Australia have decreased by 3.8% to 37.9 million tons. According to analysts, LNG exports have been affected by the pandemic and the “flat” LNG market. While demand for LNG in China has increased, demand from Japan and South Korea has declined. Although, experts say, in general, the 3.8% decline is not so significant, given the negative effect of COVID-19 on importing countries and the complexity of the production and transportation of LNG during the pandemic.

LNG shipments from Australia were lower in September than in August this year, primarily due to declining production in the northwest shelf and the Gorgon projects.

Revenue from LNG exports in August (according to the latest data) amounted to $ 2.1 billion, which is significantly – $ 4.4 billion below the March figure recorded before the fall in oil prices.

In total, 84 LNG shipments were shipped from Australian projects to the markets of China, Japan and South Korea in September, compared to 82 shipments in September last year.

LNG spot prices continue to rise, with November cargo shipments estimated at $ 4.5-5 MMBtu (million British thermal units) or $ 6.68 GJ (gigajoules), well above the September short-term domestic gas prices in Queensland, which on average were $ 4.46 GJ in Wallumbill and $ 5.05 GJ in Brisbane.

The main buyers of Russian LNG were Japan, Belgium and France.