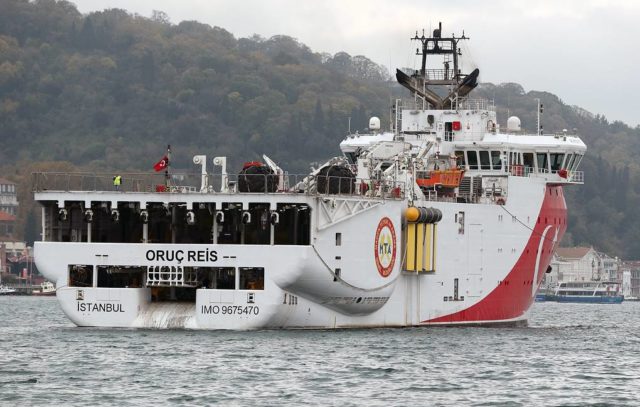 Donmez said on his Twitter account that the vessel raised the anchor to “take the X-ray of the Mediterranean” following the completion of its maintenance works.

Last month, Ankara withdrew Oruc Reis from its activity area to a port in Turkey’s Antalya province for its monthly maintenance and supplies.

The vessel has so far collected a total of 3,525 km seismic data in the Mediterranean Sea, the ministry earlier declared. Enditem