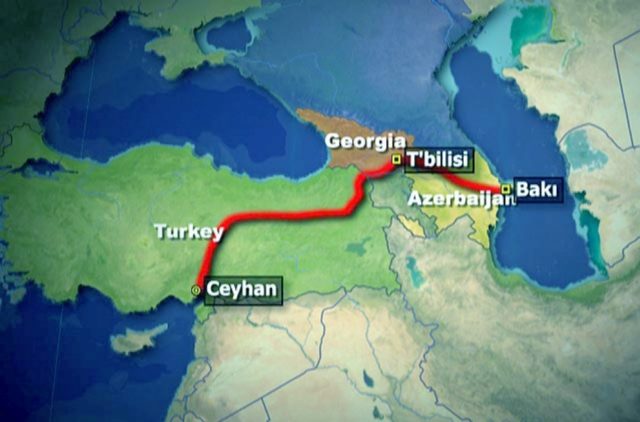 The military-political leadership of the aggressor Armenia continues to commit acts of terrorism against the civilian population, grossly violating the norms and principles of international law, Trend reports on Oct. 5 referring to the Azerbaijani General Prosecutor’s Office.

“On October 6th, at about 9 pm (GMT+4), Armenian armed forces aimed its missile strikes at Azerbaijani Baku-Tbilisi-Ceyhan oil pipeline, the largest strategic project in the region, which plays an important role in Europe’s energy security. However as a result of Azerbaijani Army’s decisive measures the attack attempt was prevented and no damage to the pipeline was caused.

At the same time, densely populated areas and demilitarized zones, as well as at non-military highly visible and distinguishable objects, including the civilian population are subjected to intensive bombardment by the armed forces of the hostile country from different directions of Terter District. As a result, Mammadov Hasan Asif, born in 1981, a resident of Gaynag village, was killed. Aliyev Dayanat Ganimat, born in 1989, a resident of the same village, and Hasanov Seyfulla Yagub, born in 1968, a resident of Kocharly village, were hospitalized with various injuries.

Given the present combat conditions all necessary investigative measures are being conducted by the prosecution authorities,” the report said.