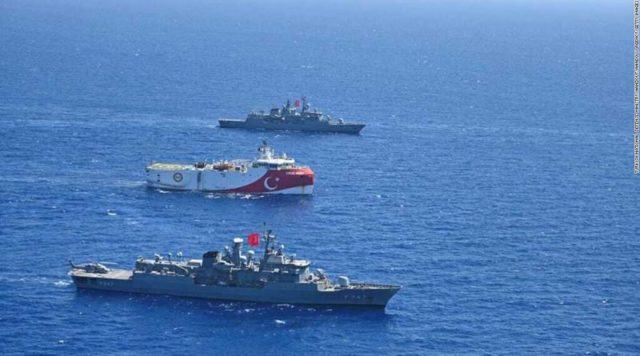 Ankara said it is ready to engage in dialogue with Athens, which is fuming over Turkey’s natural resource exploration mission in the waters of the eastern Mediterranean Sea, contested by the two NATO allies.

Speaking during a news conference on Tuesday, Turkish Foreign Minister Mevlut Cavusoglu said that Ankara has always been ready for negotiations and blamed Athens for the lack of any meaningful talks between the two countries.

“If you are open to solving our existing issues through dialogue, we have always been open [to it],” Cavusoglu stated. “Unfortunately, because our calls have not been heeded… we took the necessary steps in the field and at the table.”

The already cold relations between the two old rivals – and NATO allies – have rapidly deteriorated over the course of the past few weeks after Ankara began maritime exploration of oil and gas in the contested eastern Mediterranean. Turkey’s claims have been bolstered by an agreement it reached with Libya’s UN-backed government last year, yet the maritime deal has been rejected by Greece and other nations.