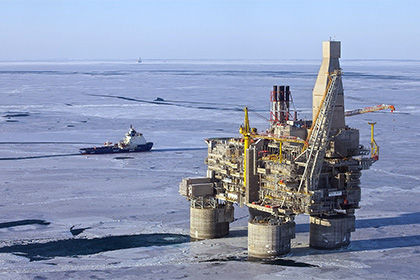 The first offshore project in Russia, Sakhalin-1, marks the anniversary. 25 years ago, a production sharing agreement (PSA) was signed on the Sakhalin-1 project between the government of the Russian Federation, the administration of the Sakhalin Region and an international consortium.

The consortium members are Rosneft Oil Company, American ExxonMobil, Indian ONGC Videsh Ltd. and Japanese SODECO. Sakhalin-1 is one of the largest projects in Russia with foreign direct investment, an example of the application of advanced technologies for the development of hydrocarbon reserves in subarctic conditions. Over the years of the Sakhalin-1 project, outstanding operating performance has been demonstrated.

According to Rosneft, the cumulative oil and condensate production exceeded 125 million tons. Consumers in the Far East sent more than 28 billion m3 of natural gas.

The potential recoverable reserves of the project are 307 million tons of oil and 485 billion cubic meters. meters of natural gas.

Sakhalin-1 is a project of technological records. 9 of the 10 longest wells in the world were drilled precisely at its fields. The current world record – a well drilled from the Orlan platform, has a length of 15,000 meters and a deviation from the vertical of 14,129 meters. Another record holder – the upper part of the Berkut platform weighing about 42,000 tons – is the heaviest superstructure in the world ever installed by overthrust. And the total weight of the Berkut platform exceeds 200 thousand tons.

Oil from the project’s fields is sent to the Chayvo onshore treatment facility on Sakhalin Island, and then pumped through a pipeline to the De Kastri remote terminal and shipped by tanker fleet to consumers. During the project, over 1200 oil tankers of the high-class Sokol brand were shipped.

The implementation of the Sakhalin-1 project provides balanced revenues to the budget of the Russian Federation. At present, they amount to more than 1.2 trillion rubles, including more than 500 billion rubles to the Sakhalin Oblast.