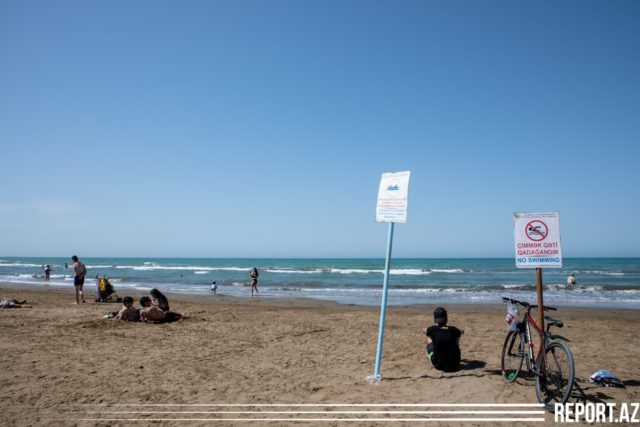 The Ministry of Emergency Situations (MES) has released a statement on the beaches.

According to the Ministry, upon the decision of the Cabinet of Ministers, the special quarantine regime has been tightened in Baku, Sumgait, Ganja, Lankaran, Yevlakh, Masally, Jalilabad, and the Absheron region since June 21. It will last until 6:00 a.m. July 5:

“To prevent the use of beaches by citizens, the allied forces of the Ministry of Emergency Situations and the Interior Ministry are performing patrol service on the beaches of the Caspian Sea in Baku, Sumgayit, and Absheron, as well as in the districts of Lankaran, Masalli and Jalilabad.

We call on our citizens to obey the rules and recommendations of the Cabinet of Ministers.”