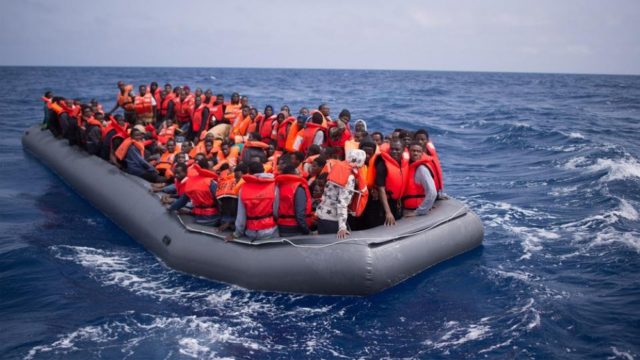 According to UN News, highlighting that this number now represents one in every 97 people on the planet, UNHCR’s latest Global Trends report shows that 8.7 million people were newly displaced in 2019 alone, with developing countries worst hit.

“This almost 80 million figure – the highest that UNHCR has recorded since these statistics have been systematically collected, is of course a reason for great concern. This is approximately one per cent of the world’s population, we have never reached this very significant percentage”, UNHCR High Commissioner, Filippo Grandi said, his comments coinciding with World Refugee Day, being marked this coming Saturday.

Nonetheless, 73 per cent of the 79.5 million on the move have sought shelter in a country neighbouring their own, Mr. Grandi continued, dismissing the regularly politicised misconception, that most migrants and refugees target richer countries far from home.

“If crises in these countries were solved, 68 per cent of global forced displacement would be on its way to being solved”, he said.

Asked about the impact of COVID-19 on mass population movements, Mr. Grandi said that it would “no doubt” push more people into crisis.

For the first time, Venezuela’s 3.5 million displaced people feature in the UNHCR report, accounting in part for the significant rise, compared with the 2018-19 data.

Taking into account people forced to move multiple times as a net figure, the total displacement figure for 2019 is not 8.7 million, but 11 million.

In terms of the ages of those affected, the UN agency estimates that around 30 to 34 million of the world’s 79.5 million forcibly displaced, are children.

Of the near 80 million people cited in the report, 26 million are refugees.