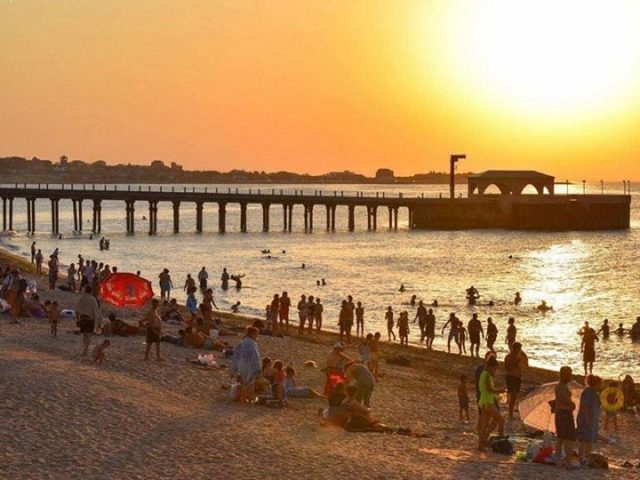 “A special program is being prepared regarding beaches”, Head of Apparatus of Head of Baku City Executive Power Elgin Habibullayev at the press conference of the Task Force under the Cabinet of Ministers today, APA reports.

E. Habibullayev said that 800 people may go to beaches, of which capacity is 400 in hot days: “Service will be established in order to prevent such cases, people will be able to go beaches by entering FIN code. Work on the program is being completed. The public will be informed in recent days.”

Head of Apparatus of Head of the Baku City Executive Power said that people sometimes go to apartment for 5-100 m in order to throw litter: “It may cause abuse cases. If litter bin is placed nearby the department, people may conveniently throw their litter. In this case, a person who throw domestic litter, will not be fined.”

Head of Public Relations Department of Baku State Traffic Police of the Ministry of Internal Affairs, police colonel Kamran Aliyev noted that a person may go for 1-2 meters and throw litter to the container, placed in front of the building: “However, people, who is away from litter pin can not leave home. 2 days are not so much, litter may be kept in cellophane  at home.”