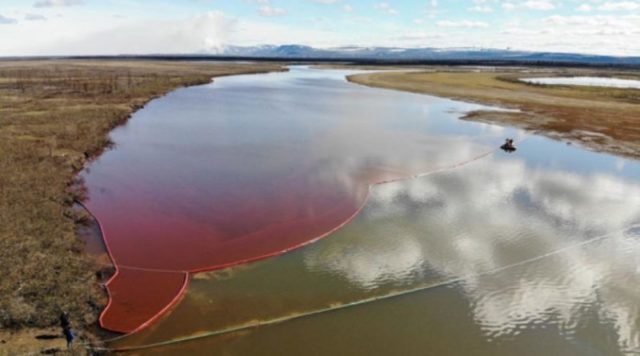 On May 29, the first large-scale accident occurred on the territory of the Arctic Arctic – diesel spilled out. The situation arose in Norilsk. The volume of the spill is 21,000 tons. The situation that arose is comparable only with the emergency in March 1989. Then there was a spill of oil products with a volume of 37,000 tons. The cause of the emergency is a tanker wreck. The company owner of the Exxon had to pay a penalty for the damage caused and pay for the emergency response. All together cost $ 6 billion.

Today, petroleum products have got into the Ambarnaya and Daldykan rivers, as well as their tributaries. Lake Pyasino remains clean for now. There is a chance that oil products will not be able to reach the Kara Sea. But there is nothing to rejoice – a diesel spot spills 1 km per 150 m of water resources.

The Prosecutor General’s Office of the Russian Federation instituted criminal proceedings on issues of damage to land, water pollution and environmental damage.

The President of Russia declared an emergency on 06/03/2020. Nornickel and the authorities of the Krasnoyarsk Territory indicate that the weather is to blame for the accident. If not for a sharp subsidence of the foundation and support, the bottom of the tank would not come off. And the diesel on the territory of TPP-3 would not have spilled out.

All services are involved in saving the results of the situation. Gazprom Neft sent a mobile emergency rescue team of 70 professionals to the scene, which has the necessary equipment and special equipment. Rossi’s leading oil production company also transports 85 tons of cargo for transport aircraft: oil gathering and pumping equipment, as well as excavators and booms, autonomous support systems and a tent camp.