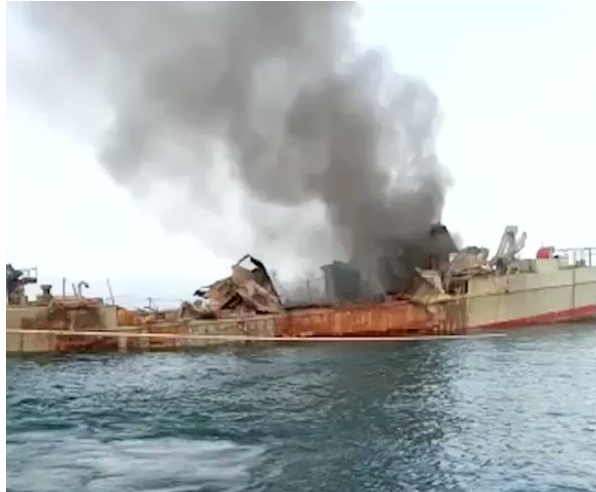 Nineteen sailors have been killed and 15 others wounded in a “friendly fire” incident involving two Iranian naval vessels, the navy has said, Report informs, citing BBC.

Iranian state media reported that a new anti-ship missile being tested by the frigate Jamaran hit the light support ship Konarak on Sunday in the Gulf of Oman.

The accident happened during a training exercise near the Strait of Hormuz.

The “Konarak vessel was struck with a missile yesterday afternoon during a military exercise in the waters of Bandar-e Jask” off Iran’s south coast, state TV said on its website.

“The vessel was hit after moving a practice target to its destination and not creating enough distance between itself and the target,” it added.

The incident happened near the port of Jask, some 1,270km (790 miles) south-east of Tehran, in the Gulf of Oman, state TV said.

Jamaran and Konarak are said to belong to the naval forces of the Iranian military.