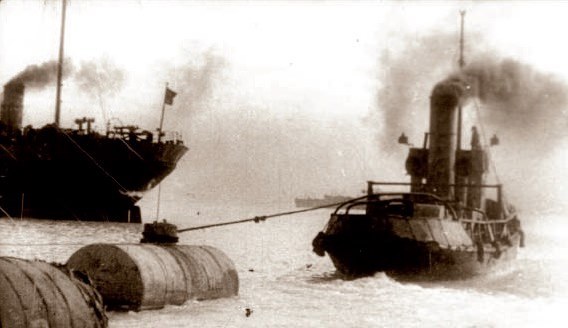 Azerbaijan Caspian Shipping CJSC (ASCO) has prepared a short documentary film on the activities and role of the Caspian Sea transport during the Great Patriotic War.

The film tells about the continuous transportation of fuel, military equipment, and troops across the Caspian Sea during the Great Patriotic War. It also demonstrates that those years Baku supplied 70% of the oil and 80% of aviation gasoline produced in the Soviet Union.

The documentary also tells about sailors who bravely fought during the years of the World War II. The film shows a difficult situation when shortage of vehicles complicated transportation of a large number of goods and people to be evacuated. For the first time in their practice, sailors transported tanks and barrels filled with oil by towing. In such tough conditions, Caspian sailors demonstrated high discipline, courage and dignity. They worked day and night for transporting military and agricultural goods.

It should be noted that this year marks the 75th anniversary of the victory over fascism. More than 600 thousand Azerbaijanis took part in the Great Patriotic War.