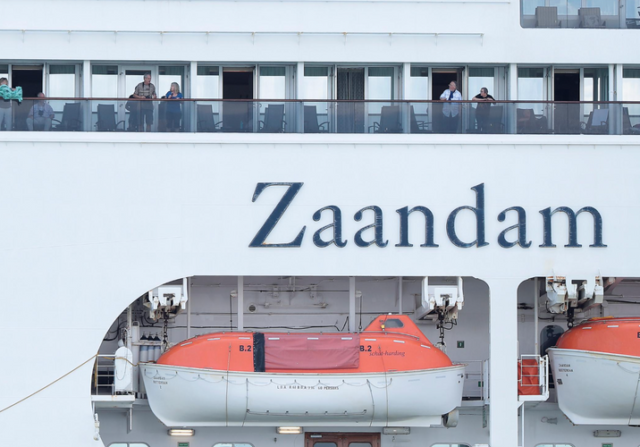 Four passengers have died aboard a cruise ship off the coast of Panama with over 130 others suffering from influenza-like symptoms, at least two of whom have coronavirus, the vessel’s operator said on Friday, APA reports quoting Reuters.

Holland America Line said the MS Zaandam, previously on a South American cruise, was seeking permission to transit the Panama Canal and make its way to Ft. Lauderdale, Florida.

But Panamanian health officials have blocked the ship’s passage through the canal, citing sanitary reasons.

“The Health Ministry has not given permission for the ship to pass, and if they were to do tests on board and they were to come out positive, the ship would have to be in quarantine,” Ricaurte Vasquez, the Panama Canal Authority’s administrator, said Friday.

The ship has 1,243 guests and 586 crew on board, as well as four doctors and four nurses, the cruise operator said in statement.

It said four “older guests” had died aboard the ship, which nobody had disembarked from since it docked in Punta Arenas, Chile nearly two weeks ago.

Significant numbers of U.S. Canadian, Australian, UK and Dutch citizens are among passengers stuck on board, according to media reports from their respective countries.

Ian Rae, a London-based Scotsman who said he was a passenger, tweeted praise for the operator’s efforts to get supplies on board the ship, and struck an upbeat note.

“Judging by the small boats coming with photographers to photo us, the news is out that we have Covid-19 and deaths on board. Still feeling upbeat and ready to face the challenge,” Rae wrote on Twitter on Friday afternoon.

Family members back home worried about older passengers on the ship. Neil Bedford told Reuters his British parents, aged 65 and 63, were staying in their rooms while the ship sat off Panama.

“They are currently offloading healthy passengers to another ship, starting with the over 70s, and everyone is somehow being tested before they leave,” Bedford said, citing information from his mother.

Holland America confirmed plans to transfer groups of healthy passengers to the Zaandam’s sister ship, Rotterdam, which is now alongside the vessel in Panamanian waters.

Hayley Johnson, granddaughter of a 90-year-old man and 75-year-old woman on board, wrote on Twitter that she was especially worried about her grandmother, a Type 1 diabetic.

“It’s terrifying that no plan has been made for them and there are British nationals on this ship who need help,” she said.