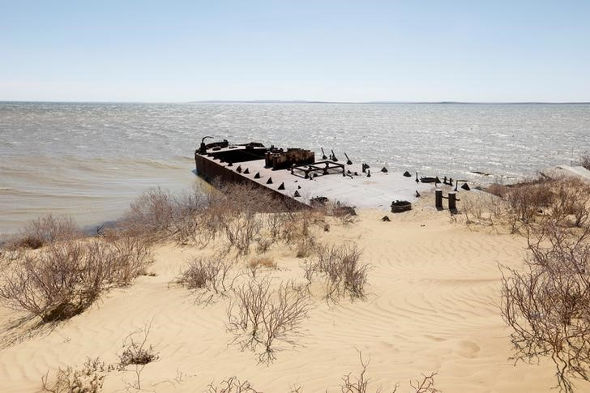 Kazakhstan’s Minister of Ecology, Geology and Natural Resources Magzum Mirzagaliyev proposed that Kyrgyzstan resumes cooperation within the International Fund for saving the Aral Sea (IFAS), Trend reports with reference to the ministry.

Mirzagaliyev made the proposal within the framework of a working visit to Kyrgyzstan, during which he held a number of meetings.

Within the framework of the visit, Mirzagaliyev met with Deputy Prime Minister of Kyrgyzstan Kubatbek Boronov, Speaker of Kyrgyzstan’s Supreme Council Dastan Jumabekov, as well as Director General of the Department of Water Resources and Land Improvement Таshtanaliev Kokumbek.

Within the framework of the meetings, Mirzagaliyev reminded his Kyrgyz colleagues about the initiative of Kazakhstan’s First President Nursultan Nazarbayev to create a Central Asian water-energy consortium and proposed to act on the idea, and also proposed that Kyrgyzstan resumes its work within IFAS.

Kyrgyzstan suspended its activities within IFAS in 2015.

“We are convinced that only through joint efforts, a positive solution to problems in such a complex issue as the joint use of water and energy resources of transboundary rivers of the Aral basin, can be found. Kazakhstan is ready for consultations and proposals discussion of the Kyrgyz side on this issue,” the minister said.

With the founding from Kazakhstan, Kyrgyzstan, Tajikistan, Turkmenistan and Uzbekistan, IFAS was established in the 1990s with the aim to finance joint projects and programs to save the Aral Sea and improve the environmental situation in the Aral Sea region.

IFAS obtained the observer status in the UN General Assembly in December 2008.