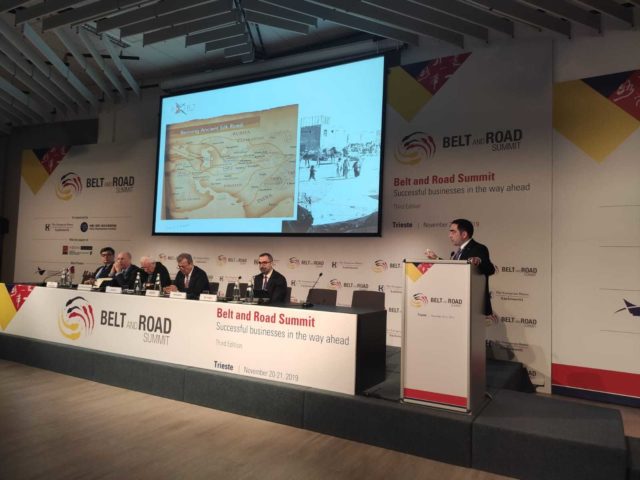 On November 21, “Belt and Road” international conference was held in Trieste, Italy. The conference was attended by officials and experts from different countries. Director-General of the Port of Baku, Taleh Ziyadov took part at “The New Silk Roads and how they are changing the geo-economic outlook in Eurasia” opening panel of the conference.

During his speech, Director-General highlighted the importance of the Port of Baku and its geostrategic location at the crossroads of global transport corridors. It was emphasized that the goal of the Port of Baku is to ensure the shipping of products not only from Europe to China but also from China to Europe. For this purpose, it is planned to extend the route from Venlo, one of the Netherlands’ logistics centers to Istanbul and then through the Port of Baku to China. This, in turn, will be one of the incentives for large European companies to cooperate with the Port of Baku.