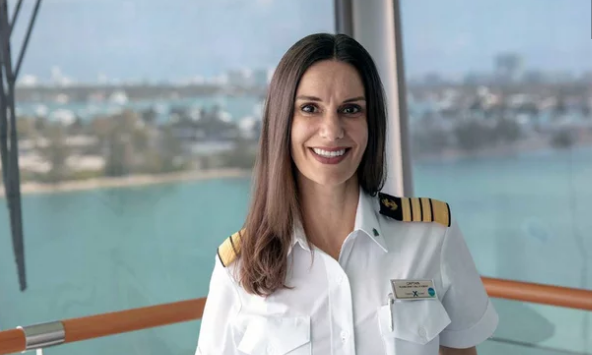 In 2015, Celebrity Cruises appointed Kate McCue to take the helm of one of its ships, the first-ever American woman to captain a mega ship. Now, the line is upping its game, sending out an all-female bridge and officer team.

Led by Captain McCue, the Celebrity Edge ship will set sail on International Women’s Day on March 8, 2020, is part of the cruise line’s “#BRIDGEthegap” initiative. The group of 26 women will head to the Eastern Caribbean from Fort Lauderdale, Fla.

“Excitement does not even begin to describe how I’m feeling about working alongside these incredible, barrier-breaking women on Celebrity Edge for this truly historic sailing,” Captain McCue said in a statement. “I am inspired every day by the amazing women we have working throughout this organization – both on land and at sea. They’re proof that there’s power in diversity.”

Women only make up 2 percent of the “world’s mariners,” according to Celebrity, but the line added that they’re working to change that. The new all-female team is made up of women from all over the world, including the U.S., Spain, Finland, the U.K., Bulgaria, Philippines, Ghana and more.

The sailing will celebrate women throughout with special programming like gallery exhibitions and art auctions featuring female artists, movies featuring female directors and leads, and a Q&A panel with the ship’s female leadership team.

“We are all passionate about closing the gender gap,” Celebrity’s President and CEO Lisa Lutoff-Perlo said in a statement. “Over the last few years, we have worked hard to diversify the crew on board and bring more women than ever into our industry… We are fortunate to have many incredible, experienced and beyond-qualified women who have worked tirelessly to achieve these positions. And we also celebrate the many men who continue to support them and help champion having more women crew onboard.”

Ltd. Patrik Dahlgren, who has worked under Lutoff-Perlo to advance the bridge diversification initiatives, said the line has “raised the percentage of qualified women on our navigational bridges” from 3 percent to 22 percent since 2015.

“Now, we hope this all-time industry-high will continue to grow; we just need more women to raise their hands for careers at sea, especially in engineering,” Dahlgren said.