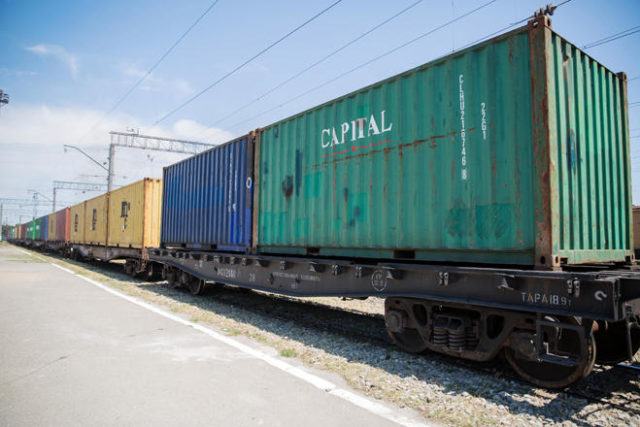 According to the company, thanks to this project, the transportation tariff and the time of delivery of goods from Asia to Europe will be significantly reduced.

“Regular container traffic between Georgia and Ukraine will contribute to the growth of railway trade and the development of the Trans-Caspian international transport route (Middle Corridor), while the train traffic will also increase in intensity,” said the company.

Georgian Railway noted that the transportation of goods via Middle Corridor starts from Southeast Asia and China, runs through Kazakhstan, the Caspian sea, Azerbaijan, Georgia and further to European countries. According to the company representative, MAERSK, which is a world leader in transportation, played an important role in the implementation of this project.

“In addition, a memorandum on the designation of a container vessel between the ports of Constanta (Romania) and Batumi (Georgia) was recently drawn up. A tripartite agreement was signed by the Georgian Railways’ subsidiary GR Logistics & Terminals, Azerbaijan Caspian Shipping Company CJSC and Romanian GRAMPET Group. The partnership agreement on the launch of feeder communications in the Black Sea will further contribute to the growth of cargo turnover in the region,” the company said.

The Georgian Railway is constantly working to increase the competitiveness of the Georgian railway corridor, said the company.