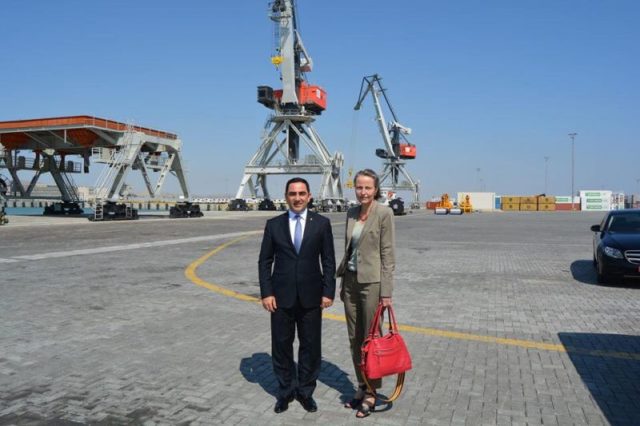 The newly appointed Ambassador of Swiss Confederation to the Republic of Azerbaijan and Turkmenistan Muriel Peneveyre has paid a visit to the new Port of Baku. During the site tour, Director-General Taleh Ziyadov informed the Ambassador about the operational capabilities of the new Port and discussed the plans for future.

The Ambassador has touched upon the favorable geopolitical position in the ever-growing transport corridor.

She claimed that Azerbaijan, which has a clear strategy of becoming a hub of hubs, plays a very crucial role as a transport and logistics center in connecting Europe with Asia.