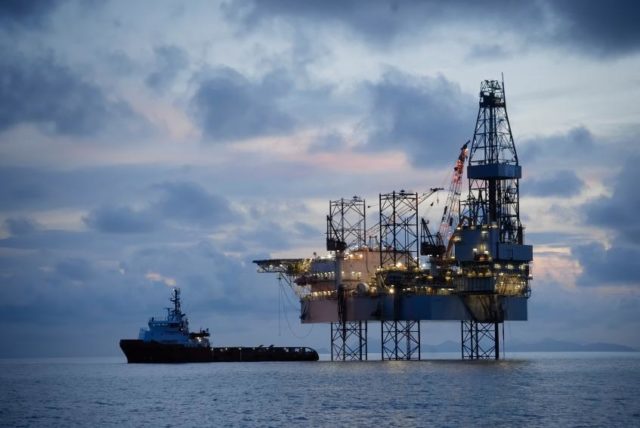 British multinational oil and gas company BP will start drilling operations in the Shafag-Asiman structure in the Azerbaijani sector of the Caspian Sea in late 2019, where gas reserves may be equal to those of the Shah Deniz 2 field.

BP plans to complete the first stage of drilling the first exploratory well at the prospective Shafag-Asiman structure in the third quarter of 2020, said the company.

The depth of the sea in the area of drilling the SAX01 well is 624 meters. Drilling is planned to begin in late 2019 using the Heydar Aliyev semi-submersible floating drilling rig.

The operations, including well testing, will take 604 days. The first stage of drilling includes drilling and conservation of the well, and the second – its testing and liquidation.

BP suggests that the break between the two stages can last from one to three years, depending on the availability of the rig for testing at the well.

The main goal is to evaluate gas reserves in three productive reservoirs for the subsequent development of the Shafag-Asiman contract area.

The depth of the sea in the Shafag-Asiman contract area is 600-800 meters, the depth of the oil deposits is 6-7 kilometers. According to the primary geological studies on this structure, there are reservoirs with hydrocarbon potential.

The seismic surveys were conducted here twice, including two-dimensional seismic exploration (2D) between 1995 and 1999 and 3D seismic in 2012 to study the geological structure of the contract area and determine the characteristics of potential reservoirs.

BP is one of the world’s most renowned oil and gas suppliers. It has been managing large projects for exploration, development and transportation in oil and gas fields in Azerbaijan since 1992.

BP and SOCAR have long-term cooperation in the oil and gas industry of Azerbaijan. Along with Shafag-Asiman, BP is also operator of ACG, Shah Deniz, Shallow Water Absheron Peninsula (SWAP) and Gobustan fields.

Earlier, BP said that Azerbaijan’s fields such as Shafag-Asiman and Umid-Babek can be used to expand Southern Gas Corridor (SGC), which envisages the transportation of Shah Deniz gas to Europe.

SOCAR and BP signed a contract on the Shafag-Asiman block of fields for a period of 30 years in October 2010. The exploration period is four years with possibility of extension for three more years. Two wells are to be drilled within the first phase. Two more wells will be drilled within the second phase, if necessary. Shared participation in the contract between BP and SOCAR is 50/50 percent.