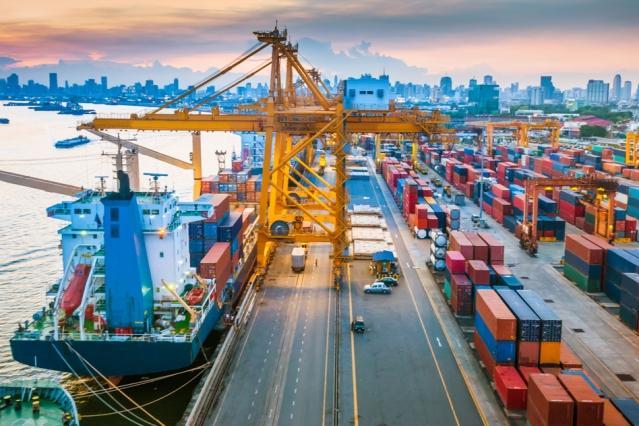 Azerbaijan plays an important role in cargo transportation on the Caspian Sea. The country’s several ports (in Baku, Astara, Lankaran and Sumgait), which are all located on the coast of the Caspian Sea, handle millions tons of goods every year.

In January-July 2019, 4.7 million tons of cargo was shipped through Azerbaijan’s seaports, the State Statistics Committee said in a message.

The Port of Baku has played an important role in the Caspian trade for over one hundred years and is the main marine gateway to Azerbaijan. The port operates non-stop and is an important transit point in trade between Europe and Asia, carried out via TRACECA (Transport Corridor Europe-Caucasus-Asia).

The port is a transportation hub linking the west (Turkey & EU), south (Iran & India) and north (Russia and Northern Europe). Situated in the vicinity of the regions of Azerbaijan, it also increases its connectivity as an efficient hub and so increases the volume of cargo being handled.

In addition, the port’s location is linked to existing highways and railways, connecting the port to the inland regions of the country.

The Baku Port, which was built in 1902 and has since been the largest and busiest port of the Caspian Sea, consists of the main cargo terminal, oil terminal, ferry terminal, and passenger terminal.

The main cargo terminal has six berths of total length of 866 meters. They are equipped with 16 portal cranes with lifting capacity up to 40 tons. Eight kilometers of stub railways ensure timely handling of cargo. The container terminal handles 100,000 containers annually.

The ferry and passenger terminals provide transport for passengers traveling or shipping items to Turkmenbashi, Aktau, Oily Rocks industrial settlement and Iranian ports. There are about 20 vessels belonging to the port fleet.