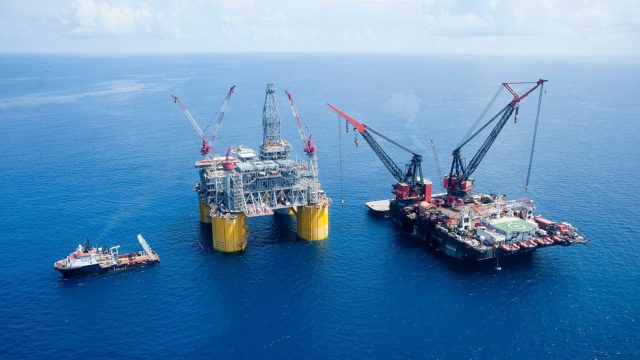 Oil prices were steady on Tuesday after falling in the previous session as output in the U.S. Gulf of Mexico resumed after Hurricane Barry swept through over the weekend and as U.S. shale production is expected to rise to a record, reports Trend citing to Reuters.

U.S. West Texas Intermediate crude futures CLc1 rose by 1 cent to $59.59 a barrel after falling earlier in the session. The U.S. benchmark fell about 1% in the previous session.

Producers on Monday began restoring some of the roughly three-quarters of output that was shut at U.S. Gulf of Mexico platforms ahead of Hurricane Barry.

“The previous storm expectations didn’t pan out, which is good, but you have still got platforms with about 69 percent of output off,” said Phin Ziebell, senior economist at National Australia Bank.

“It was a bit of a shock to supply but a short term one. The market has returned to a bit of normality,” he said.

There was 1.3 million barrels per day (bpd) of oil production offline in the U.S. waters of the Gulf of Mexico on Monday, about 80,000 barrels fewer than on Sunday.

Workers also were returning to the more than 280 production platforms that had been evacuated. It can take several days for full production to be resumed after a storm leaves the Gulf of Mexico.

The market was also weighed down by signs of further increases in output from the United States, which has ridden a wave of shale oil production to rise to become the world’s biggest crude oil producer, ahead of traditional top producers Russia and Saudi Arabia.

U.S. oil output from seven major shale formations is expected to rise by about 49,000 bpd in August, to a record 8.55 million bpd, the U.S. Energy Information Administration said in its monthly drilling productivity report.

The rising U.S. output will further undermine the efforts by Russia and Saudi Arabia to reduce global oil inventories by convincing suppliers both in the Organization of the Petroleum Exporting Countries and outside of OPEC to cut production.

The global supplier group, known as OPEC+, agreed earlier this month to extend their production cuts for another nine months.

“On the one hand you have the OPEC output cuts and there’s some geopolitical issues around Iran. But the demand outlook is muted and U.S. supply is perennially good from shale oil, which seems to have structurally changed the nature of the oil market,” said Ziebell.