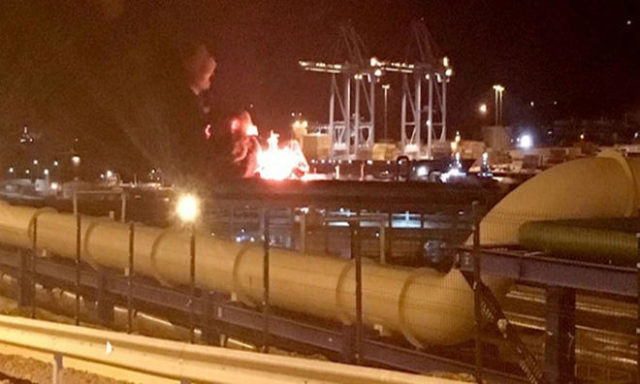 11:31 (GMT +4) The explosion occurred on the vessel itself, not at the port. The Italian ship Synzania loaded oil products on board, the Head of the Public Relations Department of SOCAR Ibrahim Ahmedov told Trend.

He noted that there are Petkim employees among the victims.

An investigation is underway and the causes of the explosion and the fire will be known after its results are announced, Ahmedov said.

10:23 (GMT +4) An explosion and a fire has occurred on a tanker in the port of the Petkim petrochemical complex in Aliaga of Turkey’s Izmir province, Trend reports with reference to TRT.

One was killed and 16 were injured as a result of the incident, according to the report.

Reportedly, the explosion has occurred during unloading liquid hydrocarbons from the vessel under Italian flag, chartered by SOCAR Turkey.