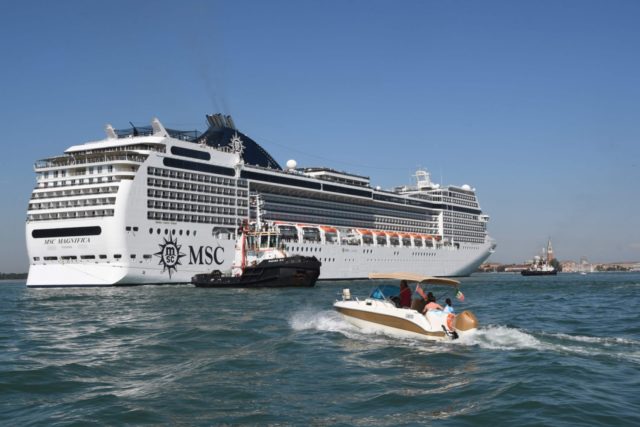 A towering, out-of-control cruise ship rammed into a dock and a tourist river boat on a busy Venice canal.

Report informs citing the Euronews that at least five people were injured in the crash. The crash happened about 8:30 a.m. local time on the Giudecca Canal, a major thoroughfare that leads to St. Mark’s Square in the northeastern Italian city.

In videos of the crash The MSC Opera cruise ship, apparently unable to stop, blared its horn as it slammed into the much smaller river boat and the dock as dozens of people run away in panic.

According to the owner of the liner, his ship was going to dock to the passenger terminal in Venice. Two tugs guiding the liner could not prevent the collision.

Venice is a popular destination for both tourists and cruise liners, especially during the summer tourist season. Following the accident the city renewed calls for the prohibition of large ships.