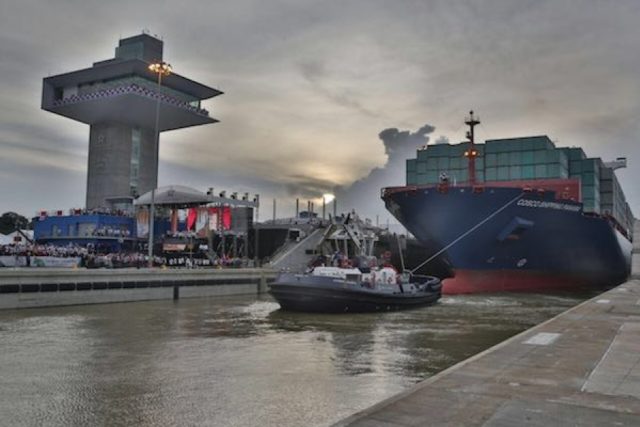 The Panama Canal has announced it is postponing its latest and sixth draught reduction to 12 June following rainfall in the past week.

However, while last week’s rainfall has resulted in the draught reduction being postponed more rains will be required if it is not take effect on 12 June.

Unless there is a substantial improvement in the water levels of the Canal’s Gatun Lake and Madden Lake which will be announced, the Maximum Authorised Draught will be for vessels transiting the neo-panamax locks, to 13.11metres (43 ft) effective 12 June down from 13.41 metres (44 ft) Tropical Fresh Water (TFW) which was effective 30 April.

The Panama Canal Authority (ACP) said in an Advisory to Shipping it would “continue to monitor the level of Gatun Lake (which supplies fresh water for the locks) and announce future draught adjustments in a timely manner.”

The low water levels in the Panama Canal have been the product of four or five months of almost zero precipitation. It really has been the driest dry season in the history of the canal, ACP vice president for Water and Environment Carlos Vargas said earlier this month.

Draught adjustments will be announced in 30.5cm decrements, generally with at least four weeks advanced notice.Posted 23 May 2019