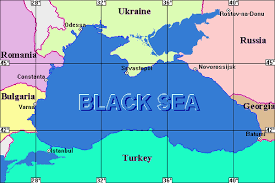 Maritime administration of Kazakhstan was granted the observer status of Memorandum of understanding on vessels control in the region of The Black Sea on May 9, 2019, Trend reports via the Ministry of Industry and Infrastructural Development of Kazakhstan.

The decision was made during the 20th meeting of the The Black Sea Memorandum of Understanding on Port State Control Committee which took place in Burgas, Bulgaria.

The Black Sea Memorandum was signed in April 2000 and thus, it has developed the unified regimen of vessel control in the Black Sea ports and the integrated information system on the history of vessel violations in the region.

Within the framework of the memorandum the special attention is given to vessels that could be considered dangerous: oil tankers, gas carriers, chemical carriers, as well as the vessels that were previously reprimanded.

Currently, Caspian Sea countries are developing a similar Memorandum to be applied in the Caspian Sea.

The participation of Kazakhstan in The Black Sea Memorandum will allow for the exchange of the practical experience and of the practices in the vessel control sphere, including the issues of developing an integrated database of inspections in the Caspian Sea, development of unified standards and methods of vessel inspections, as well as the further training of the portal control supervisors.

Currently, the participants of The Black Sea Memorandum are Russia, Turkey, Ukraine, Romania, Georgia and Bulgaria.