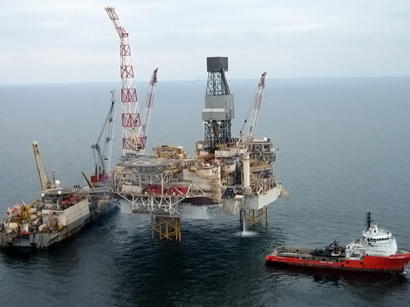 “Caspian region is one of the oldest oil producing areas in the world and increasingly important source of global energy production. BP arrived in Azerbaijan and opened its first office in Baku in 1992. Over the past 26 years in partnership with the government of Azerbaijan, SOCAR and our co-ventures, BP contributed to development of the Caspian Sea basin,” he said.

The work the company is doing in the Caspian, both on the Shah Deniz field and Azeri-Chirag-Guneshli (ACG) represent the highest level of activity BP has anywhere in the world, noted Zanghi.

“For the next 25 years, BP and its partners will be focused on ACG and Shah Deniz, as we continue to develop and produce in this field to the middle of the century safely, reliably and to the benefit of Azerbaijan, our partners and people of this country,” he said.

Zanghi pointed out that in ACG BP will have a continuing drilling campaign focusing on new wells and sidetracks in an even more challenging environment, will use well productivity technologies and topside projects to further drive efficiency and reliability.

At the same time, together with SOCAR, BP will be producing oil and gas resources in the Caspian region, he added.

“We will have a very challenging well to drill in the Shafag-Asiman field, as well as Shah Deniz exploration well in 2020. These two projects have a potential to enable reliable supply of Caspian gas well into the mid of the century,” he said.

“In the shallow water Absheron peninsular PSA we have already completed seismic and we plan to start drilling three perspective areas later this year. We will be running seismic at D230 in the coming year and we will be drilling exploration wells in the coming years. In addition to offshore projects, we have exciting onshore projects in Gobustan field. We will be the first time drilling onshore Azerbaijan.”